The Power of History

The mission of the Shiloh Community Restoration Foundation is to restore and preserve the Shiloh Rosenwald School so that it will be an everlasting national treasure to promote civic and community pride; educate people about the community’s history and heritage; plan, promote and operate cultural and educational/research projects through outreach programs that benefit all citizens. 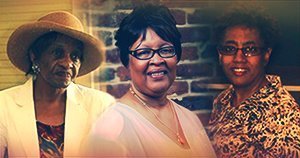 The journey to preserve this historic landmark began when Deborah Gray asked a simple question: Is Shiloh a Rosenwald School?

Following confirmation that Shiloh was a Rosenwald School, the restoration and preservation journey began when Shirley Johnson, a Shiloh School alumni, obtained approval to form a Project Team and to appoint Elizabeth “Liz” Sims a Shiloh Alumni, as the Project Team Leader. Liz became the first President of the Foundation and served in that capacity as a remarkable leader until her untimely death on November 6, 2010.

The Rosenwald Fund in cooperation with local African American communities was responsible for the construction of over 4,977 schools in 15 states and provided an education for thousands of Black children. Despite being national and community treasures, the Rosenwald Schools, including the Shiloh Rosenwald School, are on the list of 11 Most Endangered Historic Places in America.

In addition to the long-term preservation, the Foundation plans to maintain the Shiloh Rosenwald School as a museum and community center to showcase the Shiloh community’s pride and commitment to education and self-sufficiency.

All corporate donors, individual donors, and volunteers are encouraged to support the Foundation and help us maintain this treasure.

LOCAL AND NATIONAL PARTICIPANTS CONTRIBUTED TO THE PRESERVATION OF SHILOH

Local and national Participants have included community residents, The School alumni, Church members, descendants and heirs of participant in the Syphilis Study; faculty, staff and students from Tuskegee University, Auburn University and Middle Tennessee State University; Macon County Board of Education officials; local politicians including state representatives; mayors, city councilmen and Macon County Commissioners; The Tuskegee News; The Alabama Public Television; representatives from the Alabama Historical Commission and the National Trust for Historic Preservation (Regional and National Offices) and many, many more volunteers and donors.

The Macon County Commission declared the 5th of April 2008 as the day of Shiloh Community Restoration Foundation, Inc. The school was also featured in the farmers’ conference of Tuskegee University. As a historical landmark and national treasure, Shiloh School gained recognition and has received an award from Black Belt African American Genealogical and Historical Society. For community service, it gained AHC Distinguished Service Award.
Early Partners/Grants Awarded to Shiloh School

OTHER IMPORTANT RECOGNITIONS OF SHILOH SCHOOL

On the 20th of September 2006, Shiloh School was listed on the Alabama Register of Landmarks and Heritage. In year 2010, the School was designated on the U.S. Department of Interior National Register of Historic Places. Moreover, Alabama Bureau of Tourism and Travel added the Shiloh Rosenwald School as one of the Alabama Attractions. In the publication of Alabama Black Belt Nature and Heritage Trail, the Shiloh Rosenwald School was listed as the no. 52.

In addition to the long-term preservation, the Foundation plans to maintain the Shiloh Rosenwald School as a museum and community center to showcase the Shiloh community’s pride and commitment to education and self-sufficiency.

All corporate donors, individual donors and volunteers are encouraged to support the Foundation and help us maintain this treasure.